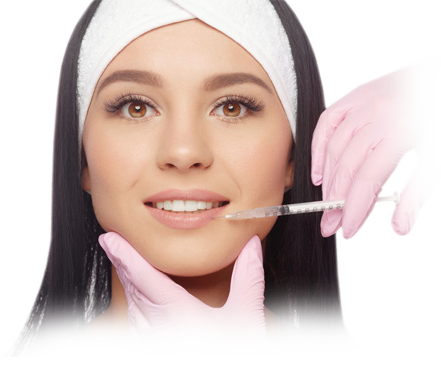 Frown lines form between the eyebrows due to the fact that muscles in the forehead push the skin into the same position every time certain expressions are made using the brow. When we’re younger, our skin snaps back into shape easily, but it gradually loses elasticity and volume over time. Eventually, wrinkles deepen in the areas where the skin creases together as repetitive facial expressions are made. Dysport® at the Naples- based Skin Wellness Physicians works to reduce the look of those wrinkles by causing the muscles to relax for up to four months.

Contact Skin Wellness Physicians about Dysport® in Naples, FL, and Marco Island. Arrange a consultation by sending a message online or calling (239) 732-0044.

Dysport® is a minimally invasive injectable medication that contains a less potent form of botulinum toxin type A compared to BOTOX®. It works in the same way to prevent the face from forming wrinkles: by blocking nerve signals from being sent to the facial muscles. Since the muscles can’t contract, the skin on the surface lies smoother as opposed to revealing and deepening creases and lines.

However, there are some subtle differences between the two muscle relaxers. As Dysport® has a slightly lower molecular weight and a higher rate of diffusion, it spreads more easily and is best suited for targeting larger areas on the face, such as the forehead. Dysport® is also a faster-acting cosmetic treatment.

Which Cosmetic Concerns Can Be Treated With DYSPORT®?

This injectable treatment is FDA-approved for temporarily reducing moderate to severe glabellar lines or “11s.” These are the vertical frown lines that form on the glabella, which is the skin above the nose and between the eyebrows. Ideal candidates include patients who are older than 18 and in good overall health who have wrinkles that are caused by habitual facial expressions, such as frowning, squinting, and smiling.

Dysport® may be an option to consider if BOTOX® has become less effective for you over time.

Dysport® is not recommended for patients who are pregnant or breastfeeding or who have allergies to the ingredients such as dairy (as the formula contains lactose and cow’s milk protein) or those with chronic medical conditions or skin disorders.

What is a DYSPORT® Session Like in Naples, FL?

Dysport® injections are typically a simple, straightforward procedure. Just like other neuromodulators, small amounts of the prescription medication are injected into specific facial muscles with a very fine needle. The injections are typically completed in less than 15 minutes. The number of Dysport® injections that will be needed varies depending on the anatomy of the patient and the severity of the wrinkles being treated.

Patients typically start to see results two to three days after their injections. As the onset time is faster, Dysport® may be the better option for last-minute injectable treatments.

Patients may experience mild, temporary side effects that are common after any type of injection, such as swelling, discomfort, and redness. These can be expected to resolve on their own relatively quickly. There is little to no recovery time needed, and patients can resume their normal activities right away.

The results from a Dysport® treatment last between three to four months, after which patients can return for a new injection session.

Options Beyond DYSPORT® in Naples, FL

Dysport® is just one treatment available for minimizing wrinkles. Some common types of facial lines are caused not by muscle contractions, but by volume loss due to aging or sun damage. These static wrinkles, which remain on your face while it’s moving and while it’s at rest, are best treated with dermal fillers instead of muscle-relaxing injectables. Facial fillers are made up of soft, natural substances that are injected into facial lines and folds to restore fullness.

There are also other techniques for enhancing the appearance of the skin, including microneedling to encourage collagen production and light-based IPL treatments to fade blotchy pigmentation.

All of these different types of aesthetic treatment and more can be combined and customized to maximize results. The best treatment plan for you depends on what your cosmetic goals are.

Call (239) 732-0044 or send a message online to request a consultation to discuss Dysport® in Naples, FL, and Marco Island at Skin Wellness Physicians.