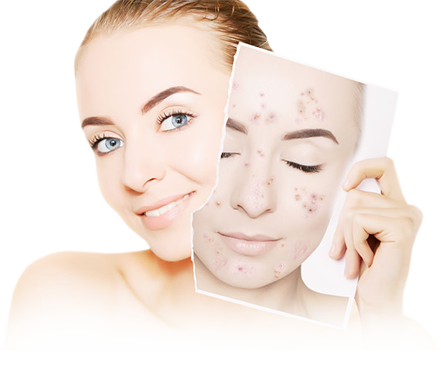 Treat Symptoms of This Skin Condition in Marco Island and Naples, FL

Though this irritating and chronic skin condition most commonly appears in thick, scaly layers known as plaque psoriasis, the Naples and Marco Island-based Skin Wellness Physicians medical dermatology team sees it in many forms, from spotty lesions to smooth and shiny red patches. Millions of people in the United States suffer from this abnormal skin-cell growth, which seems to have a genetic component and can be triggered by any number of catalysts, including stress, infections, and external stimuli.

There is no cure, but the itchy, visible, uncomfortable, and sometimes painful symptoms can be managed with biologic medications and topical solutions. The Skin Wellness Physicians team can also work with each patient to help identify possible triggers for this noncontagious skin condition so they can be reduced or avoided in the future, if possible.

Contact Skin Wellness Physicians about psoriasis in Naples, FL, and Marco Island. Arrange a consultation by sending a message online or calling (239)732-0044.

Psoriasis is an inflammatory, immune-related skin disease that is associated with various unsightly rashes. Possible symptoms include raised, red, and inflamed lesions on the skin; thick scales with a whitish-silver color on the red spots; itching, burning, and pain on the plaques; dry areas of skin that may be cracked and itch or bleed; flaky or crusty marks; nails that are thickened, pitted, or ridged; and swelling, stiffness, and pain in the joints. Symptoms may range from mild to severe and appear in different forms, depending on the patient. These rashes are not only distressing, especially when they cover large parts of the skin, but also can cause a buildup of dead skin cells on furniture and clothing.

A typical person's skin cell turnover cycle is usually completed within three to four weeks. The exact causes of psoriasis are still unknown, but it is believed that this condition occurs when skin cells are produced and replaced at an abnormally fast rate of just three to seven days, causing an accumulation of cells on the skin's outer surface as they don't have enough time to shed normally. This is because of a dysfunction of the immune system that results in the white blood cells becoming overactive and attacking healthy skin cells along with increasing levels of inflammation in the body.

While psoriasis may affect any part of the body, the elbows, knees, scalp, belly button, and lower back are the most common areas for patches to appear. It often occurs in cycles, with symptoms flaring up for several days or weeks and then going away completely but acting up again sometime later in response to certain triggers. Emotional stress, genetics, heavy alcohol consumption, smoking, injuries, weather extremes, sunburn, infections, and certain medications such as blood pressure medications are known triggers for this condition and can make symptoms worse.

Plaque psoriasis is the most frequently occurring form of the disorder. This type is associated with rough, red, scaly plaques and symptoms affecting the fingernails and toenails.

Another form called inverse psoriasis produces shiny, smooth, red patches on the folds of the armpits and below the breasts, buttocks, and groin. This makes infections and irritation from friction or sweating more likely.

A rarer form, known as pustular psoriasis, is characterized by tiny pustules and red blotches on the palms of the hands or soles of the feet accompanied with symptoms like flaking, itching, and scaling.

When the condition becomes severe or is getting in the way of your daily life, it's important to have it examined. A full physical exam is commonly used to diagnose psoriasis, although in some cases a biopsy may be needed if the dermatologist is uncertain about what's causing the problem.

Call (239)732-0044 or send a message online to arrange a consultation to talk about treatments for psoriasis in Naples, FL and Marco Island at Skin Wellness Physicians.